Thor Ragnarok is a neon-infused fantasy of what superhero films could look like. There are gigantic monsters and beautiful women; zombie armies and a big spooky dog; an evil witch and Jeff Goldblum, but this isn’t just a wacky movie made for the sake of wackiness.

Both missing in action since the end of “Avengers: Age of Ultron”, Thor and Hulk could be seen as the forgotten children of the MCU, and when they’re two of the most popular characters with fans, that seems quite criminal to me. The two haven’t really been done justice in their solo films yet, even though I’m a big fan of Thor, but with Taika Waititi on board to direct Thor: Ragnarok, my expectations were sky high.

Imprisoned on the planet Sakaar, Thor (Chris Hemsworth) is pitted against the Hulk (Mark Ruffalo), a former ally, in a gladiatorial duel to determine whether he can travel back to Asgard and put a stop to Hela (Cate Blanchett) and her apocalyptic tendencies toward Asgardian civilisation.

It’s testament to Marvel Studios that, even with Thor: Ragnarok being the 17th film of the MCU, they can still produce work as unique and exhilarating as they have here. Taika Waititi has worked wonders to inject the Thor solo films with such vibrancy of colours and characters, leading to Thor: Ragnarok becoming one of my favourite entries into the MCU so far.

On a visual level, ‘Thor: Ragnarok’ is the best-looking of the three ‘Thor’ films and of Marvel in general. Asgard looks colourful and atmospheric. The photography and editing are stylish and the locations are stunningly vivid. The special effects and stunts are not just dazzling and have substance and purpose rather than just being thrown in for the sake of it, they are among the best of any Marvel film. Just for the record, Marvel get a lot of hate, particularly in the ridiculous and blown completely out of proportion DCU vs Marvel war, have personally enjoyed a lot many of their efforts. The music pulsates thrillingly and is also catchy and rich in atmosphere and emotion.

With Waititi involved, I was expecting this film to be funny however, I was nowhere near prepared for just how funny it ended up being. Seriously guys, there are plenty of moments that caused raucous laughter from the audience, Thor and Hulk giving the Guardians of the Galaxy a run for their money as the funniest MCU heroes. It’s the screenplay from Eric Pearson that should take most of the credit, along with some of the brilliant new characters we’re introduced to, Korg in particular played by Waititi himself being one of the MCU’s most welcome additions.

The action, of which there is plenty, is driven by the retro vibes of Mark Mothersbaugh’s score and even Led Zeppelin’s Immigrant Song, which kicks the finale into overdrive particularly well. Javier Aguirresarobe’s cinematography combines seamlessly with the expectedly stunning visual effects to create an almost psychedelic sense to the action sequences.

Taika Waititi balances humour, action and drama with ease and it shows in the compelling and tightly structured and paced story. Coming to the performances, Thor: Ragnarok features a strong ensemble cast, pretty much all of them showing some fine comedy instincts at one point in the film. The characters are even more expansive in development, both intrigue and entertain and their well fleshed out personalities make them easy to care for them. Thor and Loki are beautifully realised characters while Hulk is the most interesting he’s been in a long time. Chris Hemsworth leads the film with such a confident performance, matching both the cockiness and naivety of his character to great effect.

The supporting performances make this such a special film, Mark Ruffalo doing some great work as the Hulk/Bruce Banner, keeping his place as one of the best actors within the MCU. Tom Hiddleston returns to the role of Loki and he’s expectedly wicked, making it easy to see why he’s such a favourite with the fans, while MCU newcomer Tessa Thompson shows plenty of potential to become a future fan favourite with a performance full of grit and fire as Valkyrie. If you’re a fan of Jeff Goldblum then I’d just like to say you won’t be disappointed with his performance as Grandmaster, a character just as eccentric as Goldblum himself.

I really liked Cate Blanchett as Hela, the villainess of the piece. While she may succumb to the weak villain syndrome that plagues superhero films these days, I felt that she suited the tone they were aiming for with Thor: Ragnarok. Hela is not just the best non-Loki ‘Thor’ villain (so much better than the one-dimensional and underwritten villain of ‘The Dark World) but also one of the best villains in the Marvel canon, not just posing a threat, interesting in personality and having a motivation that nobody will scoff at but she is also one of few Marvel villains to actually have an arc. Korg (with Waititi writing himself in to portray) is a bit random but is a lot of fun.

Thor: Ragnarok finally gives Thor the solo film he deserves as one of the original Avengers, full of laughs and plenty of heart, the road to Avengers: Infinity War is nearly complete. I, for one, cannot wait. 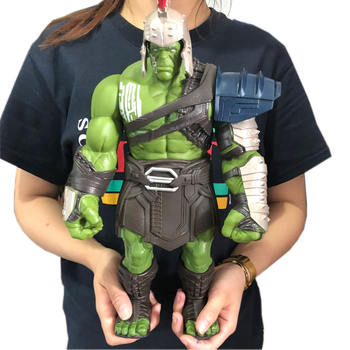