Another try to show us the same angsty story about power and great responsibility? Wrong! Peter stuck in the middle of the teenage drama? Not quite! Spider-man as an Avenger? Well…. let me stop you there. My first impression when the trailer came out was, well I had a lot of doubts. For instance why there is no Uncle Ben, why Peter’s best friend knows his best-guarded secret (that has been reviled in the comics only to help Iron Man’s team during Civil War). Aunt May who is even less aware of everything? Iron Man in the background? No ‘Friendly Neighbourhood Spider-man’?

But then I went to see the movie and to say, I was pleasantly surprised. We got the whole need look at Peter Parker’s life. First of all, we’ve never got to see Peter so young, though Andrew Garfield and Toby Maguire tried. He looks young and he is young. His life isn’t exactly defined by his uncle’s death. Sure it is implied but at the same time, it doesn’t imply that this is why Peter became Spiderman. What we also got to see is Peter who learns how to be a hero. This kid really got one of the most solid moral core among the heroes. And now we can see how he learns how to do his job.

Right from the playful strains of a certain familiar theme over the opening logos, it’s immediately apparent that Marvel Studios have not treated the reacquisition of their most beloved character lightly. Director Jon Watts’ film practically leaps off the screen with a bouncy, mischievous energy, snappy humour, and such a sheer outpouring of joy at its own existence (no tired teen angst here!) that it’s nigh impossible to resist grinning from start to finish. In contrast to the increasingly cosmic Marvel Cinematic Universe growing around it, Homecoming is winningly small and intimate: not only does Watts paint a love letter to the rough and tumble charm of Queens and its inhabitants, but the film’s stakes are not the fate of the world or universe, but, appropriately, the neighbourhood becoming less friendly.

It’s a hugely welcome tonic to blockbuster bloat, and the rare summer romp with space for characters to breathe. Watts channels Parker’s bustling eagerness for a higher calling into one of the most organic, truthful depictions of a modern high school, with a John Hughes ear for its stresses, infantilization, and small joys. One sequence, where Peter wrestles with the ethics of crashing a party as Spider-Man to raise his social standing to help bag a date to the titular dance, is so adorably true to the character it’s hard not to shed a tear in gratitude. It’s telling that we know and care more about Parker’s high school classmates than many of the B-tier, celebrity-cast superheroes in the MCU, and Laura Harrier, Zendaya, Tony Revolori (whose Flash, while no longer a jock, hits terribly credible cringeworthy notes of modern bullying), and especially Jacob Batalon (who sells many of the film’s comedic and emotional beats with surprisingly hilarious aplomb) flesh them out superbly.

But, in the midst of this uncharacteristically unassuming ‘world-building,’ for Marvel, the fun and thrills have not been left crammed into a locker. Watts’ action interludes are fizzy, raucous, clumsy (one car chase has Peter destroying – and chatting with – most of Queens in his inexperienced tenacity), and just as exhilarating as any of the bigger, brawnier Marvel counterparts. If anything, Watts infuses his blowouts with such worry Peter is in way over his head (his heroic intervention to the crumbling Washington Monument is interrupted by a panic attack from the altitude), that emotions are unprecedentedly ratcheted up for superhero combat. Even initial concerns of Spider-Man being too governed by Stark tech melt away in the face of Parker’s unquenchable enthusiasm in the face of his costume’s wacky potential, as his stacked super-suit cues many of the film’s biggest laughs (two words: ‘Intimidation Mode’), while Michael Giacchino’s twinkling score soars and lilts with the quintessence of Spider-Man.

Michael Keaton’s Vulture is unexpectedly terrifying, adding a uniquely aerodynamic to keep their tussles fresh and thrilling. Keaton’s idiosyncratic, bristling, and grimly heartfelt performance (a righteously indignant ‘working class hero’ antithesis to Tony Stark) takes what could have been another bland, disposable villain and makes him one of the most deceptively memorable and compelling of the MCU. There are the slightest wobbles in the web – the Shocker is fun but a touch underwhelming for such a cult classic Spider-foe, while Donald Glover’s cameo is amusing but superfluous. But in the face of the film’s relentless outpouring of fun and heart, including a third act twist as astonishingly unexpected as it is retroactively self- evident, they are less than inconsequential. And there is one sequence, ripped from the comic pages of the Lee/Ditko days, that is almost overwhelmingly emotional, anchoring the core ‘tireless underdog’ ethos of Spider-Man in tearfully perfect fashion.

And Tom Holland. Dear Tom Holland. To call his impish, earnest charisma perfect for Peter Parker would be an understatement – he’s almost achingly affable and human in and out of homespun or high tech costume, with a flair for pitch-perfect Spider-quips, raw vulnerability, and self-reproachful asides that are almost too lovable for words. In short, he is Spider-Man through-and-through. Supporting him, Robert Downey Jr. continues to find unexplored wrinkles in his eighth time embodying Tony Stark, and his clumsy ‘Uncle Tony’ mentoring (“my dad was never there for me, so, uh, breaking the cycle of shame”) is hugely amusing without overstaying his welcome. Marisa Tomei is too effervescently delightedly not to larb as Aunt May (now with more charm and less life lessons! Yay!), while Jon Favreau is reliably hilarious as the crusty Happy Hogan.

The inside jokes came at a great pace, and the comedy traveled far and wide for all kinds of humor. Even the darker humor was not too dark, and still suited Spider-man to a T. Tom Holland was great with his reactions to the humor going on around him, while also giving off his own jokes the way a spider can. His friend, Ned was not over done, he was given, once again, in small doses, and never got annoying, which is really hard for a comic relief character. The only thing I think they could have really done without was Flash. While Flash Thompson was good for a few laughs, he just didn’t contribute a whole lot to the overall quality of the film itself. That, however, is the tiniest of nitpicks, and does not at all affect its score.

Homecoming doesn’t just do whatever a spider can – it redefines Spider-Man while showing unprecedented care and affection for what makes the character tick, all while teeming with humour, heart, humanity, and infectious fun. Soak it in, Spider-Friends. He’s home.

“Spider-man: Far from home” – An epic Spidey movie after so long! 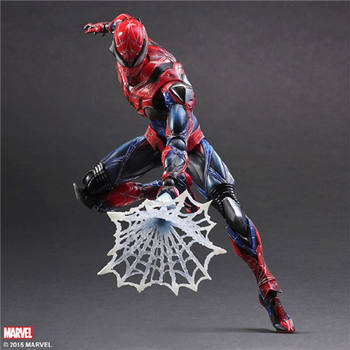 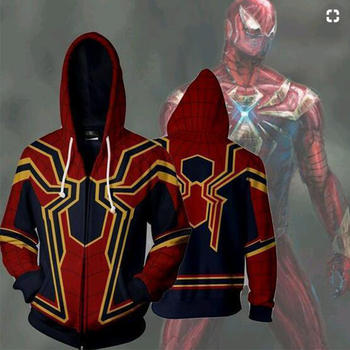 “Spider-man: Far from home” – An epic Spidey movie after so long!