How to make a kick-off that conquers the market? How to launch a rocket? And the biggest one: How to devise a second Big Bang & create a brand-new Marvel Cinematic Universe?
Iron-man (2008) simply answered those 3 questions with its sole existence.

In early 2000s, superhero movies were starting to go down the drain. With films like the boring Superman Returns, the absurd X-Men, the cringy Spider-Man 3, and the cheesy Fantastic 4, there didn’t seem to be much hope for the superhero genre. But it was not until 2008 that the once popular Robert Downey Jr. made a welcome return to the big screen as the smirking playboy turned superhero Tony Stark. What came after were several more films in the Marvel franchise (over 20) in a mere 10 years… the film itself is fun and awesome, but the real “marvel” (no pun intended) is the success it started.

Iron Man is the best bad-ass action MCU movie and definitely my favorite in the MARVEL comic book films. It has a great origin story about Tony Stark and how he became the armored avenger “Iron Man”. The movie has high-flying action sequence and super speed. Iron man was built, not born. Excellent performance from Robert Downey Jr. as playboy billionaire Tony Stark. The first movie in the trilogy is still the best one. It’s interesting how Tony Stark, from a selfish, arrogant billionaire, turns in to a kind-hearted man who wants to protect the innocents; even though he has to destroy his own weapon products or sacrifice himself.

It begins in Afghanistan on a tour Tony Stark (Robert Downey Jr.) is captured by an enemy terrorist and is forced with Yinsen (Shaun Toub) is forced by terrorist known as “Ten Rings” to build in a cave Jericho missile who designed for American military that is his price for a freedom but Tony knows they want let him free so instead he builds an powered armor suit in their escape. But his friend Yinsen during the escape dies. In a battle of fire fight Tony Escapes and try’s to destroy the rest of weapons.

After returning home Tony Stark industrialist shut down the factory of weapons and starts building high-tech suit of armor red and yellow color and vows to protect the world from treats as “Iron man”. Tony finds out that he was betrayed by his friend Obadiah Stane (Jeff Bridges) who hired Tony’s hit and Obadiah was the one who was selling weapons to the terrorist group. Iron Man must not only to protect our world he has to fight Iron Mongler on the end of the film in a suit that is Obadiah Stane. He goes back in to Afghanistan and destroys all his weapons and he defends the weakest people. He also has a blue heart in the chest because the shrapnel hits him.

The film has great direction from Jon Favreau who also plays Happy Hogan Tony Stark’s personal bodyguard. The music score for the first Iron Man is excellent from Ramin Djawadi who also made an excellent music for Prison Break TV Series. Great performance from Gwyneth Paltrow as Pepper Potts Tony’s secretary and assistant I enjoy her performance. Terrence Howard is great and likeable as James “Rhodey” Rhodes he was better as Don Cheadle. Paul Bettany as JARVIS voice was excellent I love hearing JARVIS advices to Tony. Jeff Bridges was super fantastic bad-guy as Obadiah Stane/Iron Mongler.

Great action film and great action sequences watch in which Iron Man battles Iron Mongler best epic sequences ever. I love how Tony Stark redeem him self for his selfishness and decide to make his world a better place. Tony Stark as Iron Man is my favorite MARVEL superhero. I was hooked on this film for years I still am. Great film, great flying sequences. I love the suit for Iron Man that was designed. I was researching about his suit if someone could build it in real life an armor suit as Tony did and you would probably need hundred millions $ to build a suit like that. This film is straight from the comic books they didn’t change anything new about the film, maybe the names I am not a comic book fan of Iron Man. I have this movie on DVD and Blu-ray and I have watch the DVD many times.

The writing work so well with the actors with their roles. There’s a lot of development into the writing and made relate to the comics. But of course the main reason why people loved this film is Robert Downey Jr. He killed it as Tony Stark/Iron Man. I couldn’t see any other actor to take the role. He brings so much development and emotions into Tony and make you relate to him real easy.

To me, this movie is always one of the best, from the storyline to the visual effects. You have soundtrack AC/DC in this film “Back In Black” so the film isn’t praised only for CGI, action sequences and acting it is praised for AC/DC soundtrack. The band is so popular that director Jon Favreau hired the band AC/DC for the sequel Iron Man 2. The film has tow sequels Iron Man 2 and Iron Man Three not a big fan of those two movies but I enjoy the third film the second one I don’t. 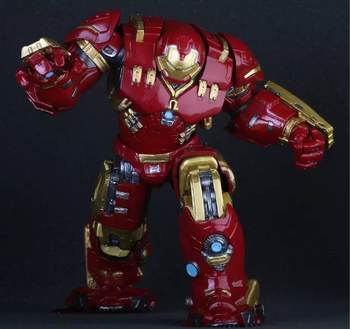