“Guardians of the Galaxy 2” – Side B of the tape

by SK
Guardians of the Galaxy

Guardians of the Galaxy Vol.2 (GOTG2) is back and flashy as ever when it comes to its visual style of action, soundtrack, a fun cast and humor. This time the film concentrates on building the team dynamics and their relationships with each other, which enriches the movie’s universe and helps expand the series in long term.

GOTG2 is less smart ass than the original and all heart. It’s all about family. Vol. 2 is the movie rarity—the sequel greater than the original. The film retains its whimsical irreverence and funnier than thou swag with stunning visuals. From the opening sequence the Guardians hilariously thrash and get thrashed by a galactic serpent on some distant planet. Their mission is to recover some invaluable unpronounceable energy batteries for the elitist Sovereign race. Director and Writer James Gunn establishes the veiled narrative thread, and the movie is warp speed ahead.

Incredible action and wisecracks aside what creates GOTG2 as special is family. I was moved and inspired as Chris Pratt’s Peter confesses, “Sometimes, the thing you’ve been looking for your whole life is right there beside you all along.” From the previous film we recall the deadly rivalry of the sisters Gamora, played by strong nurturing Zoe Saldana, and Nebula, played by suffering and poignant Karen Gillan. After fighting nearly to the death, Nebula cries to her sister, “You’re the one who wanted to win! I wanted a sister!” Saldana and Gillan are amazing. GOTG2 fiercely dares to touch your heart.

Chris Pratt impressively chiseled his body to play Peter Quill. He admirably helms the action star mantle. He makes GOTG2 greater as a whole. He does charming smart ass whether he is clumsily romancing beautiful Saldana’s Gamora or delivering throwaway on-liners. Pratt’s humanity distinguishes him as a true star. Peter discovers his father Ego, played by charismatic Kurt Russell. Ego is the Celestial– literally a god, who left Peter’s dying Mother. Peter asks his Father if she was the love of his life, why he left her. Peter says, “I had to watch her die!”

Michael Rooker’s Ravager thief Yondu was the one who raised Peter in Ego’s absence. All is not what it seems. Rooker’s nobility and compassion resonates the profound conflict of Peter’s Fathers. Ego tells Peter that he loves him, having finally found him after all these years. He wants to share his legacy and power with his son. James Gunn brilliantly orchestrates the interstellar action, wisecracks, and tragedy. He fearlessly evokes his version of Shakespeare in this comic book tale. GOTG2 is wildly entertaining with the great soul.

Ego tells Peter that he is his father. Peter, Gamora, and Drax, played by brutishly funny Dave Bautista, agree to accompany his Father to his home planet Ego—the planet he created. The visual images of Ego are idyllic and serene. Russell’s Ego is both omnipotent and the great enigma. Mantis is the gifted empath, who helps him sleep and protects his secrets. Ego welcomes his son home, revealing his destiny. Ego doesn’t necessarily add up. Is this what Peter wished for?

Director Gunn’s GOTG2 invents the narrative spectrum of David Hasselhoff jokes, cool retro ’70s rock, kick ass martial arts, galactic ship battles, and quirky charming relationships. With Gunn’s direction all his stars give their best. Bautista’s hulking tatted blue warrior Drax is crude, brave, and soulful. Klementieff’s Mantis is mesmerizing charm. She is genuinely kind, crushing on Big Drax. Saldana is awesome. She has a commanding and calming screen presence. Gunn could have leveraged more romance in Gamora and Peter’s love story. Throughout Pratt and Saldana generate authentic chemistry. The narrative focus is on Peter’s bond with his fathers, and Gamora’s reconcile with estranged sister Nebula. Saldana is radiant and noble with Gillan’s surprising Nebula. Gillan’s humanity emerges as we empathize for her desire to be loved.

I think GOTG2 becomes the story of the Fathers and their son —of love and destiny. All is not what it appears. Russell and Rooker are eloquently polarizing forces. Pratt embodies courage and fearless vulnerability as Peter boldly defines the man he wants to be. GOTG2 is touchingly, tearfully about unconditional love and choice. Considering the grand design of the movie that is the wondrous surprise. Simple and sweet. 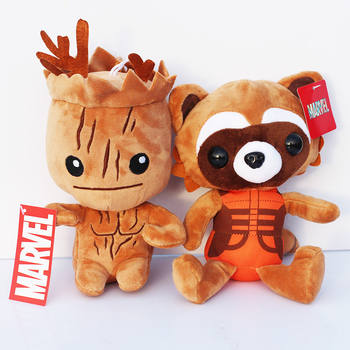