Civil war was about a union being torn apart, and this movie gives you that. The story was simple, not about who’s right or wrong, it was about what you believe in and how that would make you different from the others and the results of it sometimes not what you expected.

“United we stand. Devided we fall.”

The basic plot of the story pulled from the comics pits Iron Man against Captain America, with the rest of the heroes in the Marvel universe forced to pick sides in an epic battle. That being so, the MCU hasn’t always walked in lock-step with the comics, leading us to wonder what exactly the teams will be.

Cynically speaking, the whole mold that the latest Marvel movie creates, is a colossal set up that engenders subsequent sequels and solo outings in the ever expanding Marvel Cinematic Universe. The third for titular Captain America, “Civil War” is essentially the third Avengers film, starting with events happening a year after “Age of Ultron”. That is not to say the film is mistakenly titled, because it still is, in all important aspects, a Captain America movie. It’s just that, he isn’t alone. The sheer size of this potential billion-dollar movie calls for an equally mammoth effort from sibling directors, Anthony and Joe Russo, who also both helmed Cap’s previous film, Winter Soldier. Their deft maneuver results in a beautifully crafted cinematic piece, whose towering bravura, bestows the entire proceedings with striking depth and sentimentality, which may not be the first for the genre, but enough to make it Marvel’s best film, to date.

In “Civil War”, the brewing enmity between Steve Rogers/ Captain America (Chris Evans) and Tony Stark/Iron Man (Robert Downey Jr.) inevitably arises and turns bitter in the wake of their relentless campaigns to save humanity. The irony emerges amidst of their efforts, when greater authority finally asked who should be held accountable for the collateral damages brought both by their offensive and defensive operations. The motion begins to roll when a mission in Lagos resulted to unexpected amount of destruction and deaths.

Differences in views divide the once solid group into two colliding factions. With Stark and his allies resigned to submit under the Sokovia Accords, Captain and the rest of his team, move away with staunch stand to operate freely under no greater force’s jurisdiction. There is an intelligent attempt from both sides to meet halfway, but battle line is imminently drawn as a result of another attack which Cap’s best buddy, Winter Soldier— now simply, Bucky Barnes— is believed to orchestrate. Doctrinal contrasts force heroes to pick sides, and the resulting chaos ensues a much bigger damage than what came in the missions they’ve previously pulled off together.

While Joss Whedon’s “Age of Ultron” is as massive as a superhero movie could be, Russo’s Civil War is colossal in its own right, maintaining the former’s size as it shifts to a more character- driven narrative, with its emotional weight heaviest on Steve Rogers’ shoulders. There is a striking hint of effort to not overpopulate the proceedings with relentless chaos and destructions, but the ones inevitably allowed, are delivered in immaculate visual glory, each explosive action set- piece captured with breathtaking panoramic ingenuity.

Even with all the intersecting plot lines laid out for every important character of this superhero extravaganza, they all eventually converge at one point, in which Captain Rogers and his connection with Stark, plays a key part. There is a visceral profoundness in how his character is written that finally places him at the center of his own film, and Evans has his commitment fully deployed for the role. And for a film whose own size seems to undermine its very own titular hero, the accomplished feat is truly massive for Captain, himself.

A film of this size naturally gets devoured by its very own ambitions. Character-wise, Civil War is as big as the last two Avengers movies. And while Thor and Hulk are both missing in action here, newcomers are welcomed to fill in their shoes. The film facilitates the solid introduction of Chad Boswick’s Black Panther, whose stand-alone film is due in 2018. But perhaps, as most people who’ve seen it, will say, the entry of the amazing web- slinger is the film’s most anticipated highlight. Tom Holland’s Spider- Man is a breath of fresh air, and it delivers some hope for the character’s looming third big screen incarnation, next year. His comic timing may have been at par with that of Paul Rudd’s Ant- Man, who shares one of the most genuine fanboy moments in the movie. This lightness comes amid the political tensions and philosophical differences between the opposing forces, one that is utterly missing in DC’s Batman v Superman’s messed-up attempt to pull off an essentially similar drama, last month. 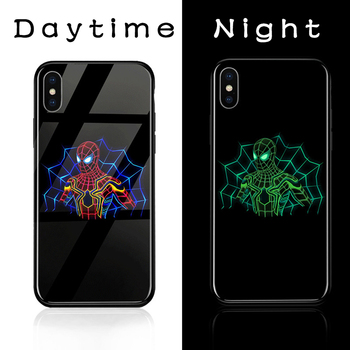 ×
Subtotal
Proceed to Checkout
Buy over 50$ to get free shipping!